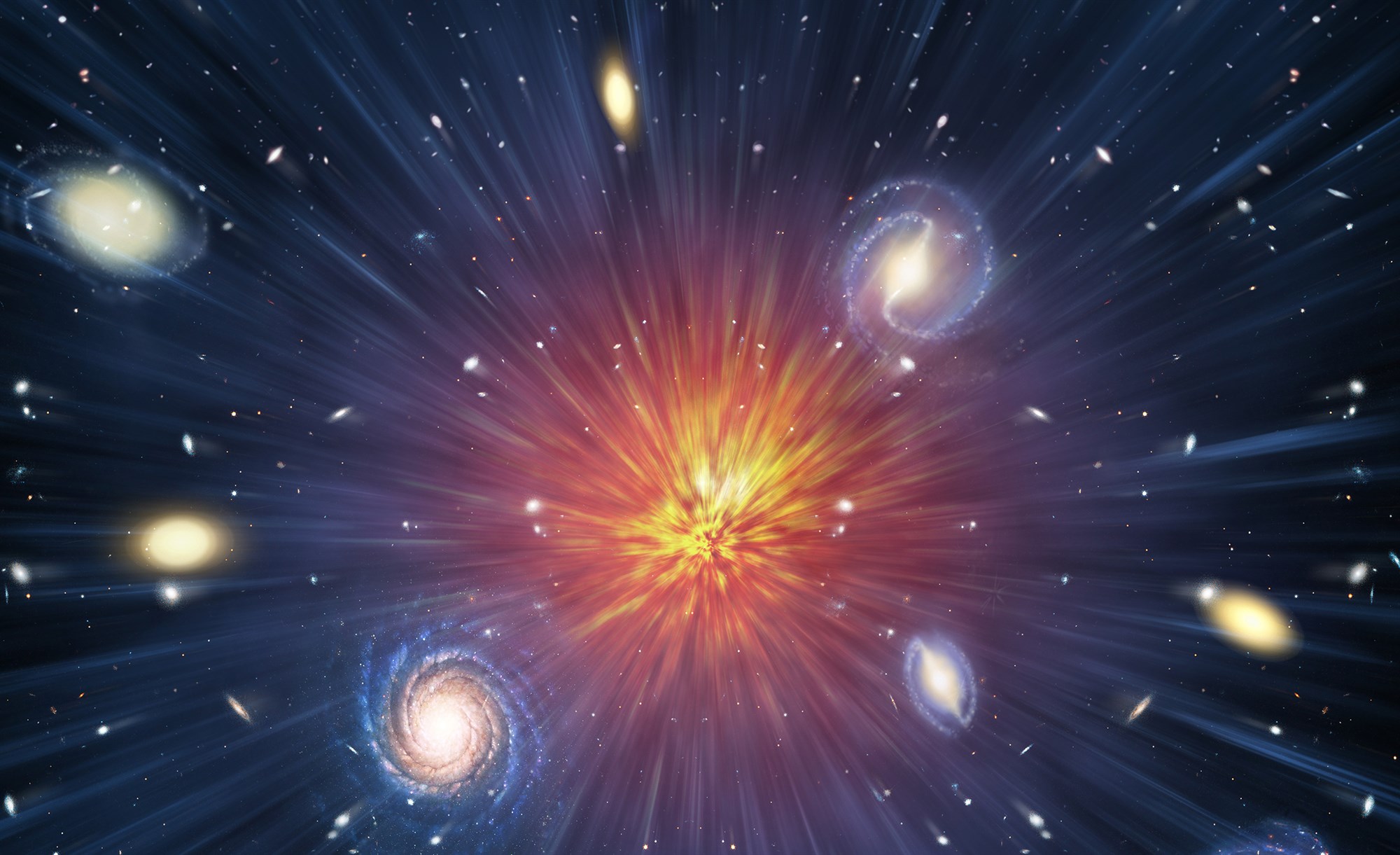 Something has always existed. According to physics, there can never be true physical nothingness—though there can be times when existence resembles nothing, such as a vacuum (the state of minimum possible energy) (Phys.org). Creating a space where there are no quantum fluctuations requires an enormous amount of energy, and there would be a remnant of that energy in that space afterwards if the fluctuations were flushed out, plus an unstable environment (1veritasium). Even on computers, deleted data is not actually tossed away, by rather written over. The fact that there can never be nothingness means the universe, and anything possibly beyond it, is eternal, as something has always been around. Whatever we consider to be before the Big Bang—God, the universe in infinitesimal form, or both—one thing is certain: it was there.

Consider that for a moment: everything we see around us is assumed to have had a cause and is contingent upon something else. However, when it comes to existence itself, it takes on the opposite. It’s mind boggling to think that something has always been and always will be. It goes contrary to what we experience in our lives. But somehow, it’s possible. It also implies that cause is a misnomer: if existence is eternal, then cause is not all that important. Existence, without a beginning or end, continues to change its form. In addition, the concept of time has to be thrown out as well if we consider the nature of the universe. Without a beginning or end to existence, time is rendered irrelevant. Sure, it is a useful tool in our daily lives, but it is not a universal fact. Time is just our perception of duration within an eternal universe.

An essential question is why existence is boundless. We can say, “that is the way it is,” but that’s not so satisfying to hear—especially for someone who is inquisitive. Well, the human mind deals in duality in order to perceive the world, and we think if we were born, then the universe must have had a beginning (Parvez, Hanan). But the universe doesn’t have to conform to the human mind. We are often too egocentric to see past our limited capabilities. In fact, you and I were never born—not exactly. Each of us were formed out of existing matter and energy (Johnston, Ian). You didn’t poof into existence, and no thing ever has. Matter and energy transitions, rather than get created or destroyed (Kaunana). People talk about the universe being “born” like it was a magic show or a miracle, but even the universe as we know it was present before the Big Bang. Live Science states that, “Rewind far enough (about 13.8 billion years), and the entire universe shrinks to the size of a single atom, Hawking said. This subatomic ball of everything is known as the singularity (not to be confused with the technological singularity during which artificial intelligence will overtake humans). Inside this extremely small, massively dense speck of heat and energy, the laws of physics and time as we know them cease to function” (Specktor, Brandon). In the same article, Stephen Hawking is quoted as saying, “It was always reaching closer to nothing but didn’t become nothing. There was never a Big Bang that produced something from nothing. It just seemed that way from mankind’s point of perspective.”

It’s possible for the universe to be eternal, and whatever might be beyond the universe as well (if that’s on the table), because there is no other way it can be. It’s impossible for existence itself to have a precedent. Birth and death are illusions. As soon we look beyond the confines of our minds, we’ll see reality.

Use these Shopee voucher promo codes or vouchers when you shop or order online. Marami pang ibang coupons dito.